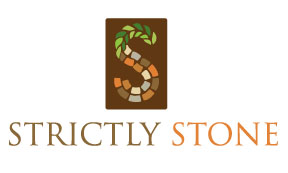 Home About Us Service Areas Barrington Barrington has become one of my favorite towns to have the opportunity to work in. Why you may ask. Well for starter the Kelsey Roadhouse was one of the first actual sit down restaurants I ever went to. Growing up my parents did not afford the luxury of taking us out to restaurants for dinner. Don’t feel bad, we had a phenomenal cook called Mom so I never saw the need to frequent a restaurant. Not until I was 15 and took a date out to eat at none other than Kelseys (her mom drove us btw).

Barrington is only 20 minutes away from our main office so it make getting there a breeze. Traffic is usually moving along, but as most Barrington residents know, route 59 can be a dozy sometimes. At one point they discuss widening the streets, but that was shot down quickly.

That’s another reason I like Barrington. Instead of choosing to knock down big and old beautiful trees and make traffic easier, they opted to make it known that if you don’t want to sit in traffic on route 59, then you should find a different path. Kudos to the residents of Barrington, as a tree hugger, you have my support. Here is one last reason. As of the end 2016, Barrington, boasts the largest paver driveway installation for Strictly Stone in Illinois. We were very fortunate to have been granted a brick paver driveway install totaling 20,000 square feet. The homeowners were the most kindest and supportive patron on could be. They welcomed me and my little helper, Delta (a French Bulldog) anytime we were on site. Lastly one can appreciate the rich history Barrington has with native Americans. Many of the streets that pass through the towns were once Indian trails such as Higgins, Algonquin and Rand Road. The town of Barrington is also known for appreciating brick. Their brick paver lined downtown sidewalks is proof.

Barrington, Il. a great place to live, work, and play!

A bit of history for those of you that did not know. Barrington also was the host for shoot out called the Battle of Barrington were two FBI agents confronted Baby Face Nelson. This rock commemorated that day. You can read more about it here.